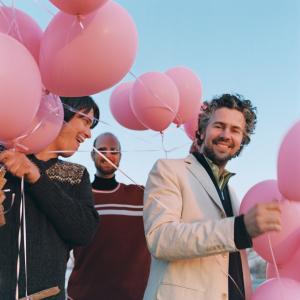 “It’s better to be overrated than underrated. Besides, it’s not the musicians’ fault Nevermind is overrated – it’s the public’s, or the critics’. But you don’t find yourself ever longing to listen to it, because there were – still are, in fact – so many mediocre bands that sound like it, that you’re constantly experiencing it. I never get out Nevermind and think: what great production, what great songs. Nevermind had a poisonous, pernicious influence. It legitimised suffering. The sainthood of Kurt Cobain overshadows the album: Kurt’s lyrics, his attitudinising and navel-gazing, were hard to separate from the band’s image. You can never just hear the record. For me, Bleach and In Utero are superior. Even the album cover seems cheap: that stupid dollar bill just seems to have been airbrushed in there. If Alice in Chains had done it, we’d have thought it was a joke, but because it was Nirvana we thought it was oh-so-clever. If you think you’re going to hear an utterly original, powerful and freaky record when you put on Nevermind, as a young kid might, Christ you’re going to be disappointed. You’re going to think, “Who is this band that sounds just like Nickelback? What are these drug addicts going on about?””