“TOWERS WILL TODAY STOP BEING PLAYER OF THE ATHLETIC ONE. Fernando Torres will leave his club of always. The Liverpool hopes to him. 36 million euros will pay the English organization by the international of the Athletic one. The last flecos were closed yesterday and the intention of all the parts is to be able to today make official its crossing to the equipment of Rafa Benítez. In its good bye. Fernando Torres will today live his last hours like player on the Athletic one. The Liverpool hopes to him with the open arms.

The idea that handled the Athletic era to announce this behind schedule the march of Fernando Torres and tomorrow to summon a press conference so that the Boy can take leave as rojiblanca is deserved of the liking. Later it would undertake course to Liverpool, where also it will be presented/displayed like new player of the equipment that trains Rafa Benítez.

This newspaper indicated that with total certainty the equipment of Benítez would be the destiny of international rojiblanco. The price? 36 million. Right what is going to pay the English club in taking control of the services of the Boy. Later this newspaper was informing into the attempts of the Liverpool in reducing those 36 million, offering players like Cissé. But one of the news of this soccer summer was advanced by AS. Today Towers will leave.” 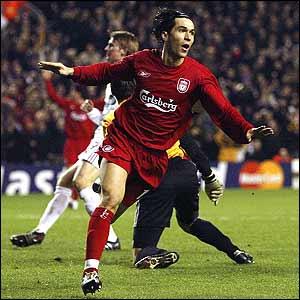